The Jiye of South Sudan 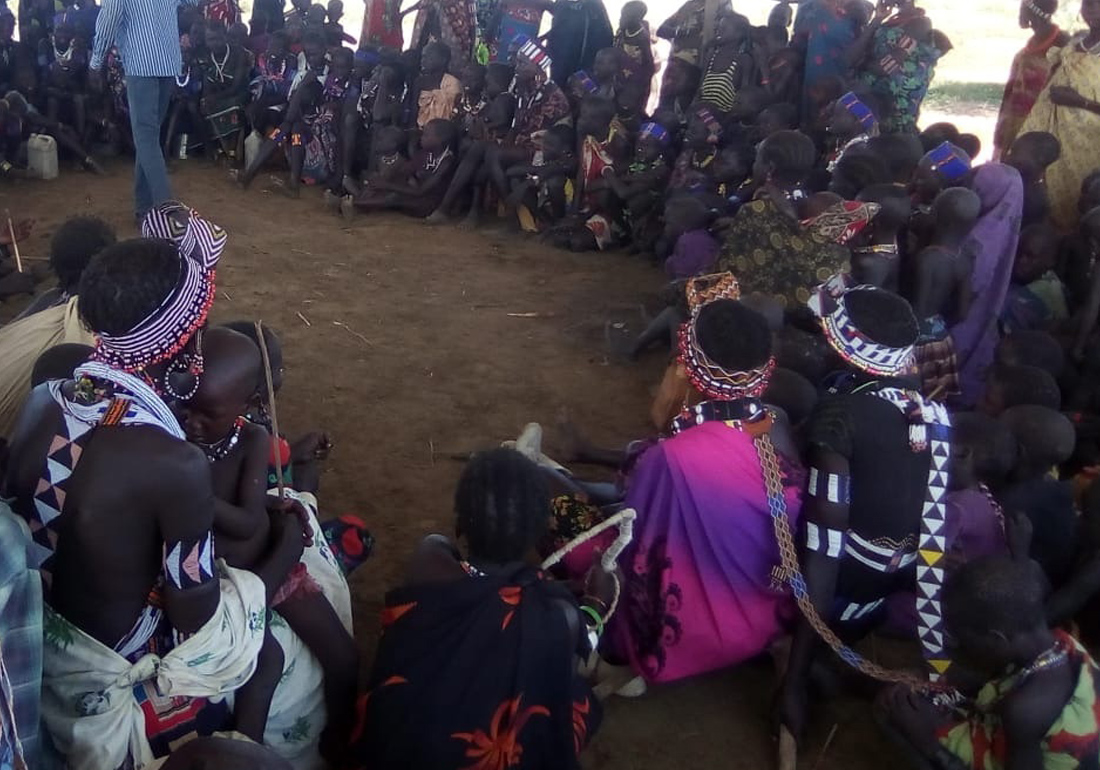 Partner in prayer for the Jiye

Population: <12,000
Location and Background: The Jiye people live in the arid flat lowlands of the South East corner of South Sudan in Eastern Equatoria State. They are agri-pastoralists- they grow sorghum and raise cattle, sheep, and goats. The are very closely related to the Toposa of South Sudan and speak the same language. They are also related to the Karamojong of Uganda, Nyang’atom of Ethiopia, and the Turkana of Kenya. Their homeland is bordered by the Toposa to the South and East, the Ngipeta to the North, and the Nginyoro to the West. They have conflict with all these neighbors.
History: The Jiye people originally came from Kotido Najie in the Karamoja region of Uganda. They left the area in search of water and pasture. They passed through several areas, but moved on after being attacked by the Toposa. They settled in Naliimtiira for a while and grew, but were eventually driven off by neighboring tribes (the Nginyoro and Ngipeta). Their leader, Natuliasia, advised them to divide into four groups to avoid being attacked as a large group. These four groups eventually became the clans of today: The Ngikurono, who worship wood ash and live in Lorumute; the Ngisirae, who worship the cheetah and live in Kesegor Hill; the Ngimokodol, who worship the millipede and live in Lopeat; and the Ngitarakaboon, who worship the hyena and also live in Lopeat.
Culture: The Jiye are fierce warriors. They compete with the Toposa for water and pasture. They engage in cattle rustling. They pierce and scar their bodies as marks of beauty. The women wear beaded head bands in colors which represent the clan of their husband.
Religion: The Jiye are ATR (animists)- they believe in a supreme being named Apayok, who resides in a crater in Mt Kesegor. They believe if you commit an offense against him, Apayok will not give you water when you visit him there. They believe Apayok sent a sorcerer named Natidiita to protect and guide them. They also believe in the spirits of their ancestors, with whom they communicate through a medium.

Pray for us as we begin the journey of Bible translation and Jesus film in Jiye. Pray for good translators who will be committed for the long haul.

Persecution is real. Pray for the church.

Jiye leader Simon Amoni told me, “Me and Loumwa had gone to show Jesus film at night at Chumameri church. Many people were gathered including youths, women, children and men. In the middle of viewing Jesus film, a youth came in and started causing some chaos and asking who brought this thing here. He disappeared and after a short time came back with a gun and shot at the screen thinking that would end the film. Thank God none of us were standing. We were all seated and that is how we survived. No one ran away, instead youths caught the youth and took the gun, and we were asked to continue with the film! And at the end approximately 150 people lifted their hands for prayers.” Persecution is real. Pray for the church.